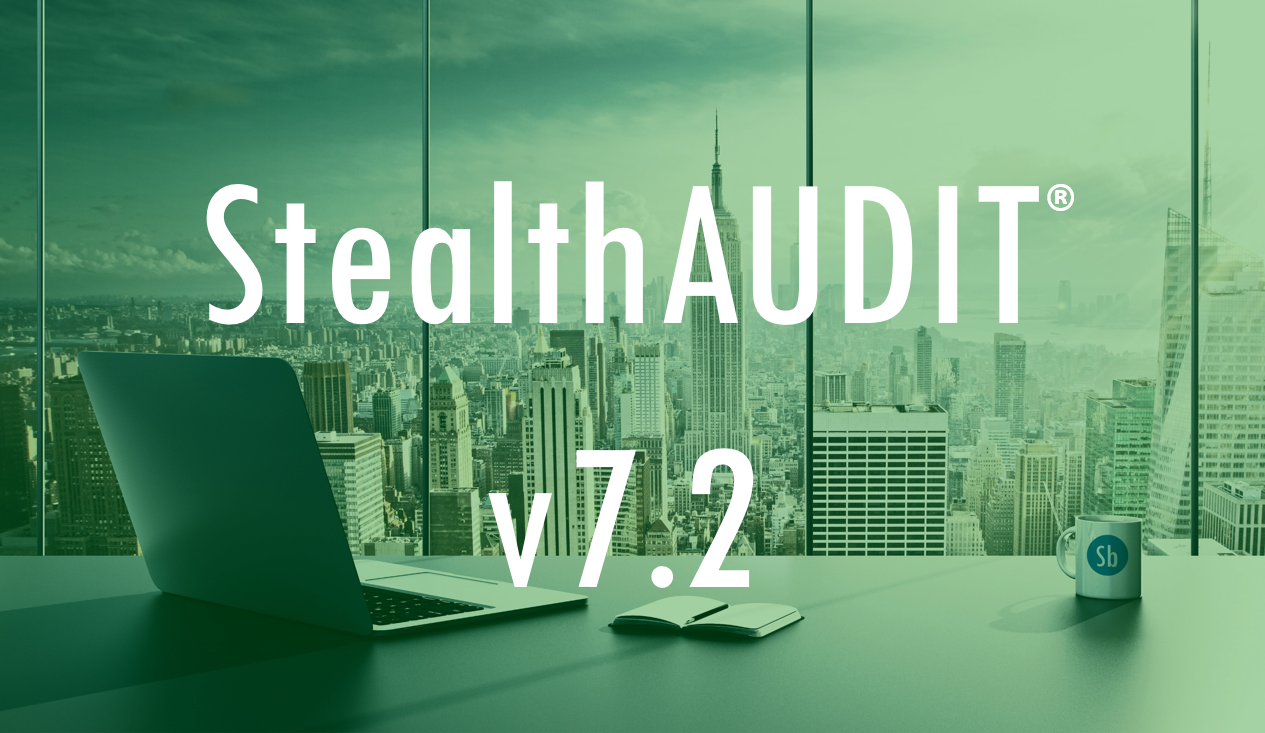 A “dot” release has never packed a bigger punch!

The latest release of StealthAUDIT is all about what it should be; controlling and securing credentials and data.

Attackers – whether internal or external – are after at least one of these two things, but usually both.  They continue to slip past the perimeter with relative ease, and once they do, operate undetected and largely unencumbered while they map out the environment and infect system after system like a digital cowbird.

These attackers rely on the fact that you don’t know what you don’t know.  They know you don’t know (all) the accounts with privilege, where files containing sensitive data reside, or what normal behavior looks like for Bob from Accounting.  They rely on the fact that it’s more than likely that most users and accounts have much more access than they need, that privileged accounts are being used in ways they shouldn’t, and if they can just phish one user, it’ll only be a matter of minutes or hours before they’re Domain Admins and steering the ship without anyone being the wiser.

But what THEY don’t know is that you have StealthAUDIT, and it’s not going to be that easy in YOUR environment.  You’ll want to check out everything we’ve done in StealthAUDIT v7.2 to make life difficult for the bad guys, but here are a few highlights to get you excited:

Again, these are just the highlights and there’s so much more.  We hope you enjoy using v7.2 as much as we’ve enjoyed building it!