If you’ve ever seen the crime thriller Ocean’s Eleven, you know Danny Ocean’s and Rusty Ryan’s grand scheme to rob the Bellagio, MGM Grand, and Mirage casino vaults of $150 Million relied on fooling the elaborate security system that had been put in place to protect it. That security system is not that different from that of Active Directory, the system that almost every organization uses to provision and control access to their vaults of valuables – systems and data.

They succeed in their goal, despite the difficulties, wrinkles in their plan, and the odds themselves. And that’s not just because it’s a movie, because here in the real world, attackers intent on compromising Active Directory succeed far too often, and often without breaking a sweat.

In this free Executive Brief, learn about the seven critical security activities to monitor in Active Directory to keep your systems and data under your control, and in your possession. 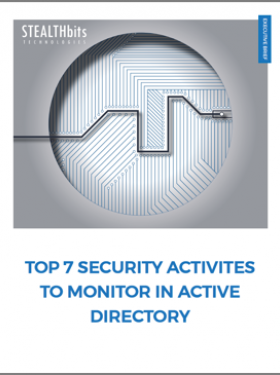