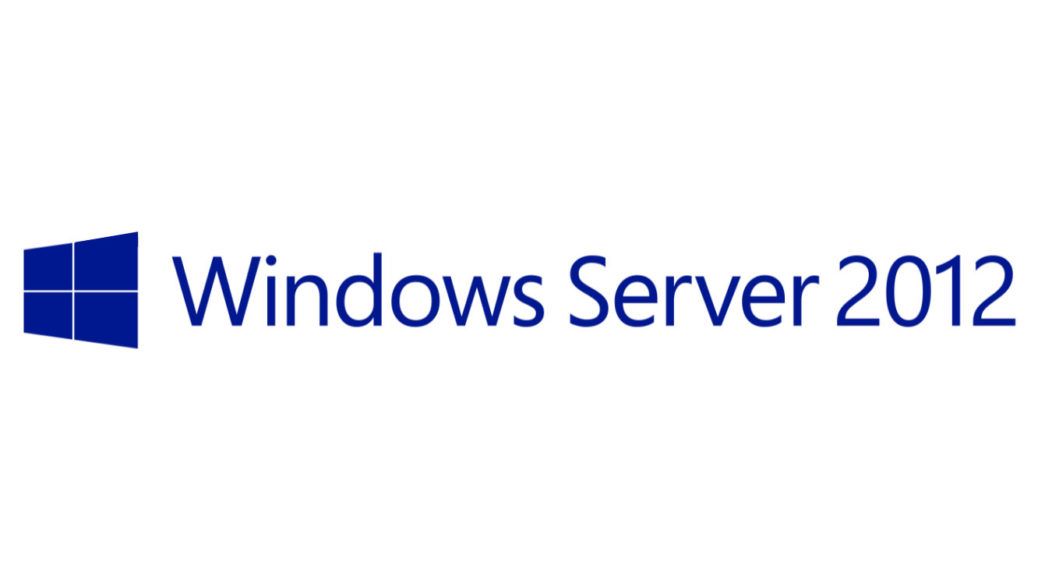 February 4, 2015 | Brett Fernicola | Uncategorized | Leave a Comment
If you’re like me, you probably leverage Windows Server as your primary desktop OS. Recently, I ran into an issue with 2012R2 that had me scratching my head for a while. The basic issue was no matter what I tried, every time I added the feature Desktop Experience it magically disappeared on reboot. So, let’s analyze why I even needed this feature and what the simple fix was. Hopefully, this info will help someone down the line.People often wonder why they can’t seem to get features like Flash working on Windows 2012 Server. Well, the core of those features are now built into the OS, they can’t be installed manually. In order to get a full IE aka desktop experience from 2012 Server, the feature Desktop Experience has to be enabled, which is tucked away under Features – User Interfaces and Infrastructure. 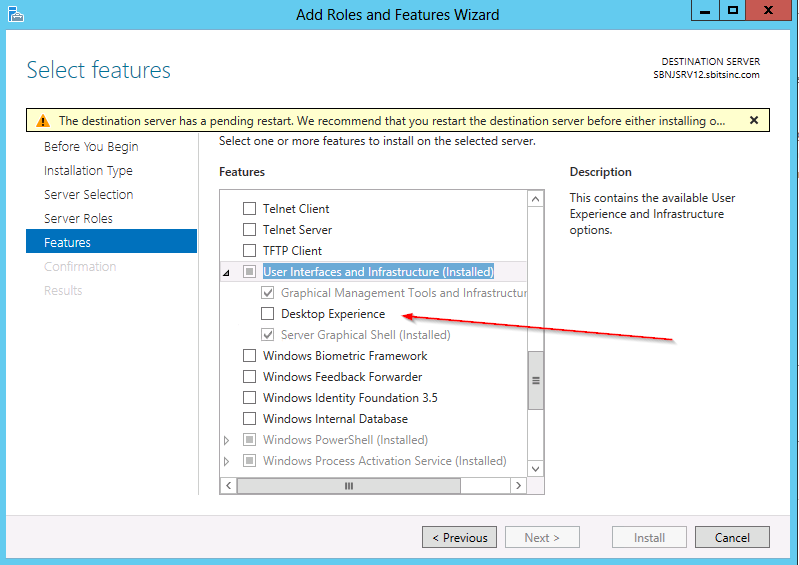 Sounds easy enough, right? Well, good old MS decided to make even this simple task require an extra step. In my case, I was working with a client where I needed to turn on these features to satisfy a web application requirement. At the time of discovering this, my primary desktop was and still is 2008R2 – hence why I was so baffled. Probably like most admins, I hate having too much junk load on startup; for me, it’s AV, APC, and Raid Tools. One of the first things I disable is the annoying popup’s that windows server displays such as the server manager dashboard. I just don’t see the need for this. Every time I reboot my Server I don’t need to waste 5 mins waiting for this dashboard to load in the rare instance that I might have some epiphany that I now need to add a new role for the feature to my sever. This, however, was my downfall, I’ll explain below. 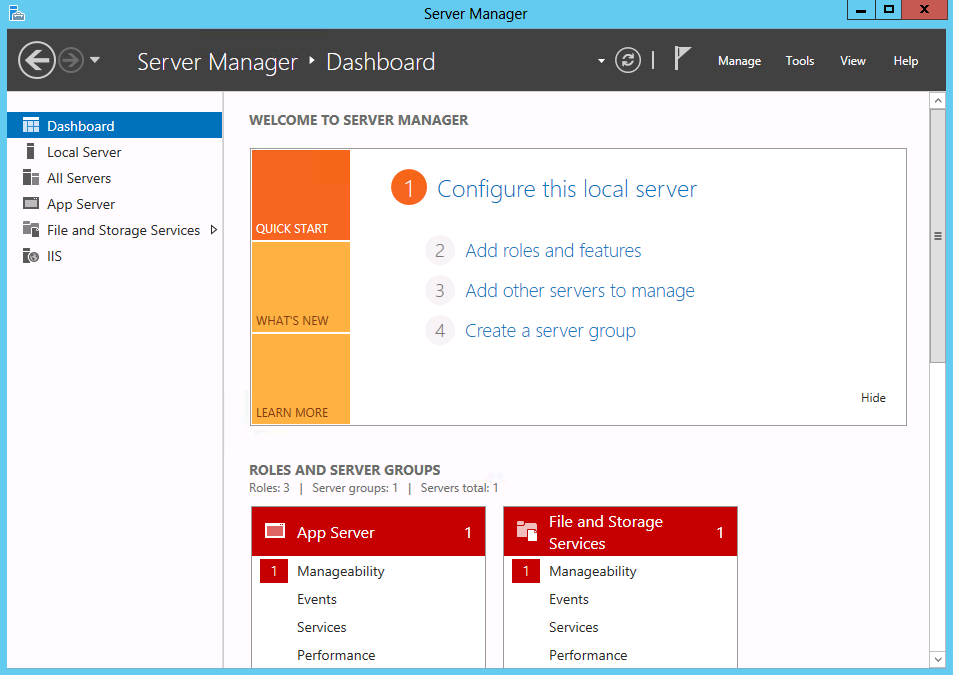 So, to make a long story longer, I simply added the Desktop Experience feature to the server that I had just finished configuring to look and feel as much like Windows 7 as I could. This feature requires a reboot to take affect, so I rebooted thinking nothing of it. However, to my surprise, the IE features like flash were still not working. Going back to the server manager I noticed that the Desktop Experience Feature was still unchecked. Being that this machine was a VM, and not my VM, or even part of my domain, I immediately suspected GPO foul play. So, I dumped an effective list of GPO settings with GPRESULT and found nothing of interest. I enabled the feature again, rebooted, and this time watched the VM boot via the Hypervisor. What I noticed was that on startup the new feature failed to install and windows rolled it back. To be honest this had me stumped for a while if I had to bet I would have put my money on Group Policy. The answer, however, was so simple yet so frustrating I felt compelled to write this blog.

In short, the fact that I disabled the annoying Dashboard on startup is what did me in. Below you will see the setting I am referring to. Starting with 2012 Server this Dashboard is now required to load at startup for many windows features to be enabled and even disabled. For example, I tried removing a bunch of features from this test VM and sure enough, after a reboot, they were right back. I tested this on 2012R2 and can confirm this bizarre behavior, 2012R1 or whatever else you would like to call it I did not personally test. I would suspect it would behave the same but who knows with MS these days. Don’t even get me started on having to insert a DVD to install .net 3.5 on 2012R2. Can you say hello Windows 95? 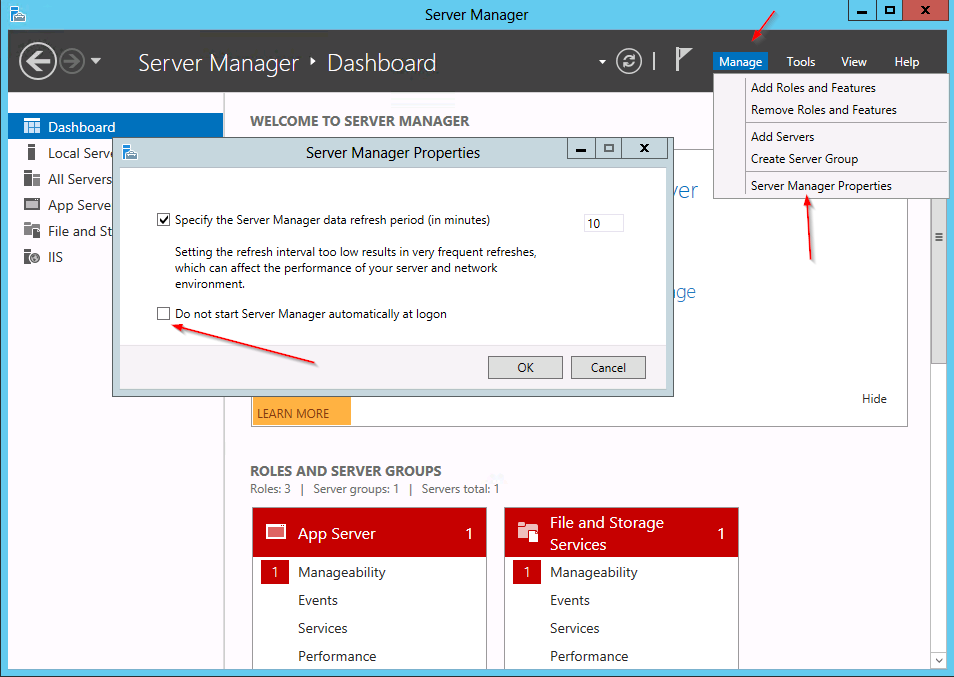