Mimikatz now supports the ability to manipulate user passwords with new commands: SetNTLM and ChangeNTLM. These commands give attackers a new way to change user passwords and escalate privileges within Active Directory. Let’s take a look at these NTLM commands and what they do.

While this does require you to know a user’s password hash, the permission controlling who can change a user’s password is granted to Everyone by default, so it can be done by any user without special privileges.

This will produce Event ID 4723 in the domain controller event log.

This performs a password reset event. This does not require any knowledge of a user’s current password, but it does require you to have the Reset Password right on an account by default, which is not open to Everyone. Here is an example of using the lsadump::setntlm command to reset a user’s password.

This will produce Event ID 4724 in the domain controller event log.

This scenario is straightforward. If an attacker can compromise any user’s password hash, it will be valuable for performing pass-the-hash attacks. Typically, pass-the-hash limits you to command line access to systems and applications. Let’s say an attacker wants to log into OWA, SharePoint, or a remote desktop session. They may need to type in the user’s clear text password. In this case, the attacker can:

This attack is very useful for further exploiting already compromised accounts. Next, let’s look at SetNTLM and how that can be used to elevate privileges.

Let’s imagine the following attack scenario. An attacker has compromised an account with limited domain access. They have used Bloodhound to build an attack path around AD permissions, which includes resetting user passwords to take over their account. The attacker wishes to follow the attack path, but does not want to alert users to the fact that their account has been compromised by changing their password. How can the attacker reset the users’ passwords, and then put them back to their old values once the target is compromised? Enter SetNTLM.

With these commands, the attacker can follow this basic path:

Note: The same can be done using DSInternals and the Set-SamAccountPasswordHash command.

We have already covered how to use Bloodhound to build attack paths in this post. Let’s imagine I have the following attack path using Active Directory permissions. This will take me from my current user to Domain Admin in three password resets.

Now that you know what accounts need to be compromised, you want to be sure you go about the attack as quickly as possible to not alarm any users. You can script out the password reset attack path using some basic PowerShell. The following script will take a password and follow the attack chain, impersonating each compromised user along the way until reaching the goal of Domain Admin.

Next, I will launch a new PowerShell session as the Domain Admin and perform a DCSync operation to get the NTLM password history for all of the accounts:

From there, I will set the passwords back to the way they were using the SetNTLM command:

And there you have it. I now have become a domain admin, and covered my tracks as best I can to avoid users realizing their accounts have been compromised along the way.

One thing I found interesting is that if an attacker does use the ChangeNTLM attack, this will generate a 4723 event but the Subject and Target Account will be different. This will stand out from normal password changes that users perform on their own, where the two values will be identical. If administrators are going to reset passwords, they will perform a reset and generate a 4724 event.

Beyond that, these attacks still are mitigated by controlling password reset rights in the directory to avoid the SetNTLM attack, and controlling how and where user hashes get stored to reduce the risk of the ChangeNTLM attack.

How Attackers Are Stealing Your Credentials with Mimikatz: 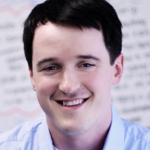